In this chapter, Exodus 24, we come across the first biblical reference to the worship of the people of Israel after their exodus from Egypt and crossing the Red Sea.

They walked for 3 months until they reached Mount Sinai, Mount Horeb, where God spoke with them and gave them the Ten Commandments together with some other regulations for their new life, after their time of slavery.

However, the people trembled of this scene: the mountain quaked greatly and was covered in the smoke of a furnace because of the awesome presence of God. Thus, they wanted to be exempt from this scene requesting that it would not be repeated and asked Moses to represent them in meeting with God and then tell them what God says (Exodus 19:16–19, Deuteronomy 4:9–14, Deuteronomy 5:13–29).

After Moses received the Ten Commandments and some other statutes, God called the people to worship Him. This was before God explained to Moses the principles of His relationship with the people as God revealed this to them later and it was written in the book of Leviticus.

When God called the people to worship, we notice that there are 3 different levels of worship recorded in this important chapter, Exodus 24: 1-2:

Moses explained all these arrangements to the people to prepare them to worship in accordance to these arrangements. The people responded by accepting and obeying the guidance of the Lord.
At this point, God’s triad plan of worship began to be implemented. It is full of great mysteries.

The first level: worship from the foot of the mountain (refer to verses 4–8)

We notice the following:

+ Moses built an altar and offered burnt offerings and sacrificed peace offerings to the Lord. This is so essential for worship because after the fall the fellowship with God required an altar and an offering. Moses also read all the things related to the covenant that God had made with them and its conditions (Exodus 19: 3 – 6) and sprinkled the blood on the altar and on the people.

+ The people were responsive to Moses. Moses spoke to them and they declared their agreement through their understanding and their obedience.

It is thus clear that this was the worship of the people at the foot of the mountain before the altar of God!

+ This is the first level of worship which we start with and which is essential. Worship starts at the altar and the offering; Christ is our offering and our altar at the same time (1Corinthians 5: 7b; Hebrews 13: 10 – 12). There, we can renew our covenants with God as we remember that we were redeemed by the blood of the covenant and so should walk according to its conditions. This alone is capable of keeping us in our fellowship with God and keeping us from the evils of the world.

+ Yet, we should aspire to grow in our fellowship with God and in being separate from the world in order to ascend to another level in the mountain of worship.
(2Corinthians 6:14–7: 1)

Note that worship always requires going up the mountain! God met the people at Mount Horeb first, but after that when they entered the Land of Promise, He chose to dwell in Mount Zion amid His people in Jerusalem, the place of the temple and of worship.
(Psalm 68:16, 2Samuel 5-6)

+ In this first level, the worship according to the flesh and the worship of the spirit are probably intermingled. At this level we are still in the valley, at the foot of the mountain; the world is still near us as we have not yet been completely separated from it. If we do not pay attention to this and start to ascend upwards, we will be tempted to backslide from God. We all know that after this worship at the foot of the mountain, the people backslid and worshiped the calf –a kind of worship which they had seen in Egypt in the days of their slavery. They also started to dance, eat, drink and play; this means that they slid to uncleanness. When the flesh interferes in worship, it offers mixed reactions: enthusiasm and passion in worship that can be followed by lusts and uncleanness. (refer to Exodus 32)

The second level of worship (refer to verses 9–11)

In order to enter into a new level of fellowship, we should ascend upwards. However, this ascent should start at the altar, the blood and the covenant.

Those who ascended further up were mainly the ones who served the people; they had a responsibility towards the people; they were priests and elders, that is, they had walked with God for some time and were set apart to serve Him. A priest is someone who is set apart. An elder is someone who carries the leadership responsibility of the tribe because he possesses divine wisdom and knowledge that qualify him to serve a nation; he is also accepted and respected by the people because he had walked in the fear of God for many years.

Here, we see another form for the fellowship with God. At this level, there is no need for our usual techniques of worship like singing, dancing, crying out, repenting, thanking, praising, etc. All these take place at the foot of the mountain and shape our worship for a period of time as a first stage in worship.

However, when we ascend upwards, we see God and we eat with Him! God reveals Himself to one’s inner being who at that time would still be ignorant of God, possessing only the intellectual knowledge, that is, knowing about God rather than knowing God. This intellectual knowledge belongs to the first levels of worship. However, this level is different. God reveals Himself to the faithful who have walked with him in fear and obedience.

This revelation allows one to enter into a different level and dimension of fellowship with God where the mystical revelations start. God reveals Himself through His word when its mysteries are uncovered and its depth is revealed. This becomes a mystical food on which the soul nourishes and hence is transformed from her fallen nature. Here, the true transformation into the image of God starts. This image had been distorted inside us by the fall.

The fear that results from the presence of God disappears at this level, but the soul would be filled with awe. She would realize her reality in the light of God and would desire to hide because of the awe of His presence (Isaiah 2: 10, 11).

Also cleansing the heart and exercising love for Jesus leads to a new refreshed pouring of His love into the heart (Rom. 5:5) .This has a lifting power that helps also to bring up into the next level of worship.

No words are sufficient enough to describe or teach this level of fellowship. It can only be learned through personal experience; it is a foretaste of the age to come. It draws one upwards.

After going through this stage with all its responsibilities, one starts to ascend more as God calls him to go higher.

The third level of worship (refer to verses 12–18)

God calls Moses to go up. There were 74 persons in the previous level, yet only one was prepared for more ascension!

Doesn’t this cause us to wonder?! Doesn’t it also cause us to long for the levels of the mountain of worship?

God does not have favoritism; yet, it is important to be sufficiently prepared for this ascension. There are dangers awaiting those who ascend! It is not only the difficulty of going up which the soul usually tries to avoid and seek to be exempt of. There are more dangers than just this. The enemy stands to guard the entrances of the mountain that lead upwards. He knows that those who ascend pose a great danger to his kingdom, the kingdom of darkness.

In the journey upwards, we meet the lions and leopards (Song of Solomon 4: 8)!

At the very top of the mountain, God starts to be revealed as the Trinity. We then see the Son, Our Saviour, in His bridal image longing so much for His bride and awaiting her: ‘Come with Me, my spouse. Come up. Do not be afraid. Your suffering will be transformed into bridal ornamentation. Your suffering will be fellowship in my suffering that will prepare you for more of the power of My resurrection.’ (Philippians 3: 10)

Then, Moses entered into the cloud and was not seen!

Here, the bride enters the bridal chamber of the Bridegroom. She passes through the cloud, the separating curtain. Behind this curtain, there are mysteries, fellowship, and bridal unity of love that no one understands or sees. There, the words stop. Love does not need words. (Zephaniah 3:17)

This love also prepares and qualifies the bride for another kind of ministry to the Bridegroom and His people; it is the most important thing that the Bridegroom desires and this is: to dwell in the midst of His people –not be a mere visitor whom we invite in the meetings and then invite again and again as though we are not ready for His constant dwelling with us. This constant dwelling requires attentiveness –which we are not used to or want to be under its yoke, though He has said: ‘My yoke is easy and My burden is light’ (Matthew 11:30)

The bride is granted the mysteries of establishing a dwelling place for the Lord. At the moment, He dwells in us as He has made us His new spiritual temple. (1Corinthians 3:16) Yet, He also desires to dwell among us. (2Corinthians 6:16b)

Moses came out of this encounter with all the mysteries of the tabernacle and declared to the people the desire of God: ‘let them make Me a sanctuary, that I may dwell among them’ (Exodus 25: 8). We notice that this has been God’s constant request from the beginning to the end. (Exodus 25:8, 1Kings 8:1–11, Ephesians 2:22, Revelation 21:3)

Not only this, but this encounter at the top of the mountain also causes one to long for more and drives one to repeatedly ask for this experience until God calls him to it another time: ‘Please, show me Your glory’ (Exodus 33:18,19). One would then be filled with the presence and glory of God. Therefore, when Moses came down from the mountain the second time, he was shining with grace and his face was shining to the extent that the children of Israel could not look at him. (Exodus 34:29,30)

We are called to the fellowship of glory with God in His Son, according to His intercession prayer on our behalf. (John 17:22)

On the Mount of transfiguration, Jesus was transfigured to show us that this is available for every redeemed person. It is the desire of God’s heart that the grace of redemption would be transfigured in us attracting others to Him. He desires that His glory may rest upon His people to shine to the world for their salvation. (Isaiah 60:1–3)

The Formation of Christ 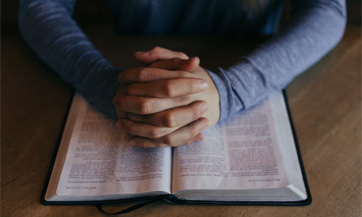 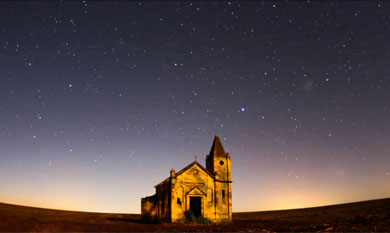 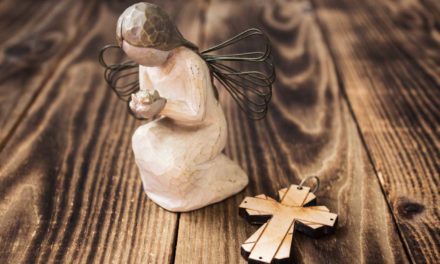 Biblical Principles for Bowing Down