In order to comprehend, more clearly, the enemy’s tactics, as well as God’s plans, we need to have an approach that looks at our own local church or people and also at the body of Christ as a whole (worldwide). Two main issues that prevail in our world today are: – The destructive wave – The spiritual darkness

In spirit, this wave looks like the sea wave; it rises and lowers, and it keeps drawing nearer and nearer to us. What does this means? The sea, in the Bible, refers to the nations or peoples, whether believers or non believers. In a sea we can either see ships or people swimming. The same is true in spiritual matters. The ships (i.e. the churches) are the believers and those swimming in the sea are the non believers. We are all on an ongoing journey until we reach our final destination. The destructive wave (which is the enemy’s plan these days against our generation) is trying to reach and destroy both the believers and the non believers; those in a ship and those who aren’t. Certainly this doesn’t sound strange to us as we constantly hear stories of catastrophes, accidents, fatal diseases, etc, happening in a rate that has never been recorded before. Where then is the expected divine protection provided for the believers; those sailing in a ship? The early Christians used to build their churches in the shape of the Ark of Noah. By this they wanted to say: “we are sailing in the sea of the world towards an ultimate goal but we are always protected from outward waves and floods because we are in the Ark (as the Ark was isolated from the water and not affected by the flood). This should have been the case with the believers in all generations. But what happened? We allowed the waves of the flood and the waves of destruction to enter our Ark. How? By opening the windows of the Ark. Noah was instructed to keep all the windows closed till he sees the water beginning to lower down. We, however, opened the windows by saying: ‘we need to experience this and taste that, it wouldn’t matter if we do so and so, etc.’ We have been warned many times that such and such is a sin or not biblical but we took no heed. Thus the waters of the sea and the powers of temptation began to flow in us and destroy our spiritual values and principles. Psalms69:1-2 says: “Save me, O God! For the waters have come up to my neck. I sink in deep mire, where there is no standing; I have come into deep waters, where the floods overflow me.” We allowed unclean, blasphemous and materialistic things to enter in. We were deceived by listening to those who say: “don’t be isolated and narrow-minded, don’t be such a person who lacks experience of worldly things; this is too much, test this matter, it won’t harm!” This is the same voice of the serpent that spoke to Eve in the Garden of Eden; speaking in a new deceiving way! We are thus the ones who freely opened the way for the destructive wave to come and reach us. It is our own responsibility. The bible warns us in 2 Corinthians 6:14-18 and 7:1 that the Church of God must be totally separated from worldly things: Do not be unequally yoked together with unbelievers. For what fellowship has righteousness with lawlessness? And what communion has light with darkness? And what accord has Christ with Belial? Or what part has a believer with an unbeliever? And what agreement has the temple of God with idols? For you are the temple of the living God. As God has said: “I will dwell in them And walk among [them] I will be their God, And they shall be My people”.Therefore “Come out from among them And be separate, says the Lord. Do not touch what is unclean, And I will receive you. I will be a Father to you, And you shall be My sons and daughters, Says the LORD Almighty”. 7:1- “Therefore, having these promises, beloved, let us cleanse ourselves from all filthiness of the flesh and spirit, perfecting holiness in the fear of God.” The bible thus tells us that if we lose our calling, we lose His fatherhood. We thus become sons and daughters of the world. 1John3:10 “In this the children of God and the children of the devil are manifest: Whoever does not practice righteousness is not of God, nor is he who does not love his brother”. John8:44 “You are of your father the devil, and the desires of your father you want to do. He was a murderer from the beginning, and [does not] stand in the truth, because there is no truth in him. When he speaks a lie, he speaks from his own resources, for he is a liar and the father of it.”

Practically then, how can we achieve this state of sensitivity and keep ourselves in a state of circumcised heart and senses?

We need to consider the following 2 steps:

We need to remind ourselves with the truth of the word of God and take God by His words and exercise faith so that He sends His spirit to deal with our hearts. Deut30:6 says: “And the LORD your God will circumcise your heart and the heart of your descendants, to love the LORD your God with all your heart and with all your soul, that you may live”. We also need to be sensitive to His conviction and repent and shake off the dust of the worldly things and re-consecrate our lives anew to Christ. This will make us sensitive in spirit. Isa52:1, 2 “Awake, awake! Put on your strength, O Zion; Put on your beautiful garments, O Jerusalem, the holy city! For the uncircumcised and the unclean Shall no longer come to you. Shake yourself from the dust, arise; Sit down, O Jerusalem! Loose yourself from the bonds of your neck, O captive daughter of Zion!”

According to the early fathers’ times, the church used to look to the acts of Jesus as a continuous source of Divine grace. Jesus is not a historical man; otherwise His acts will be limited to the days of His own life. But Jesus is God incarnate. So all His acts are not limited to days and history. He can’t be confined to days and times. So, His birth, for example, is not just a historical event, not just a day, 24 hours. It is rather a prolonged day that is full of mysteries and has special spiritual impact. It is an occasion that we can come to again and again and each time we do so, it brings us anew to His manger and to the day the Father sent His son to be always with us, “Emmanuel”. The same applies to the day of circumcision. It is known from the scripture that Jesus was circumcised on the 8th day (Lk2:21). So the church in the old centuries used to celebrate this day every year as a day that will bring to them annually the grace of His circumcision. What is this grace? We read about it in Col2:11 “In Him you were also circumcised with the circumcision made without hands, by putting off the body of the sins of the flesh, by the circumcision of Christ”.

We can thus sum up the practical steps as follows:

1)  Shake off the dust of the world. 2)  Be cut off worldly things. 3) Receive the grace of the spiritual circumcision from the mysterious act of Jesus’ circumcision. The story of Moses and circumcision mentioned in Ex 4:24-26 is worth adding here as well. The above tackles one aspect that will help restore the church to its sensitivity and genuiness. There is, however, another very important aspect that the church needs so that it may be restored to its calling. This aspect is the aspect of the ‘Prophetic Voice’. A pure prophetic stream is missing from the church and a lot of impurity and confusion occurs due to reliance on the flesh. In the Old Testament, in the days of Moses, we read is Numbers 11:29: Then Moses said to him, “Are you zealous for my sake? Oh, that all the LORD’s people were prophets and that the LORD would put His Spirit upon them. Also, in the New Testament we read: Jn16:13-15 “However, when He, the Spirit of truth, has come, He will guide you into all truth; for He will not speak on His own [authority,] but whatever He hears He will speak; and He will tell you things to come. He will glorify Me, for He will take of what is Mine and declare [it] to you. All things that the Father has are Mine. Therefore I said that He will take of Mine and declare [it] to you”. In the early centuries as well, the church used to ask the Holy Spirit, the Prophetic Spirit, to pour repeatedly over the believers. (as we pray in the prayer of the third hour in the Agpia)

What is the Role of the prophetic spirit in the church today?

You are worthy, Lord. Blessings, honor, glory and power be to you, our Lord and Savior! Amen 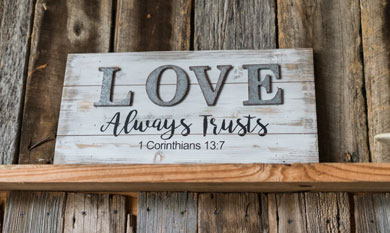 The third mile of love 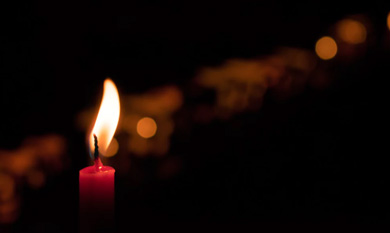 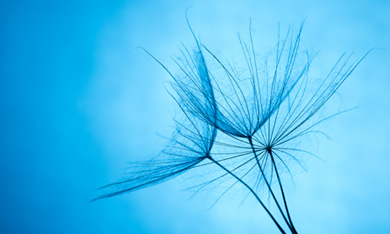 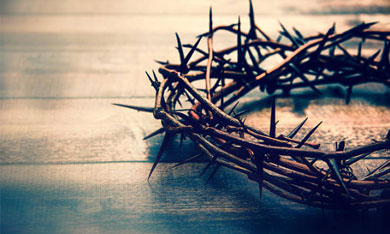 Challenges and Callings of the End Times: Part 2 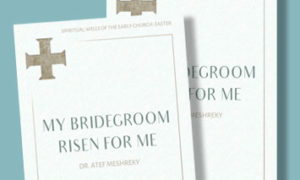